Metallica: Through the Never (trailer) 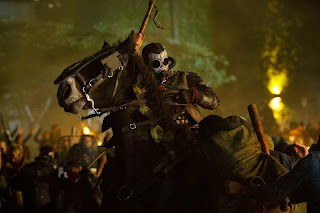 So, a while ago I heard that Metallica was going to do a 3D concert movie.  And my thought was: Really?  You're going to be like Miley Cyrus and the Jonas Bros and do this?  Man, if people thought you sold out before, wait until they see this.  But then, I recently saw "this" and by "this" I mean the trailer.  And my thoughts changed completely.

This actually looks really good.  I'm loving the whole combining the concert footage with a narrative; it could be really interesting.  But, in all fairness, I've never seen any other concert movies so I don't know how they usually play out.  Maybe they have more than just concert stuff.  But I am eager to see how they connect the two; will it be 50/50 or some other ratio?  I just think it looks pretty cool.  Even if there is no story other than a riot, that riot looks cool enough for me.

And the concert looks cool too.  They're on a huge stage, there's lasers, tesla coil stuff, looks like it could be impressive.  And I like Metallica.  They've got some sweet stuff.  I am very excited to see this.  But I wish there was an IMAX closer to where I lived, cuz that would be awesome. 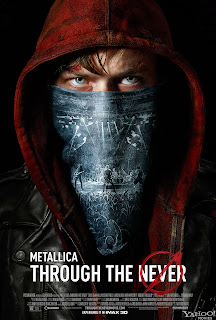 Email ThisBlogThis!Share to TwitterShare to FacebookShare to Pinterest
Labels: trailers